Nikola Tesla vs Thomas Edison’s Predictions for the 21st Century 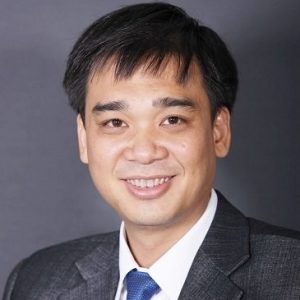 Nikola Tesla (1856 –1943) was a Serbian-American inventor, electrical engineer, mechanical engineer, and futurist. Tesla’s inventions include: AC Power (alternating current), Tesla Coil, Magnifying Transmitter, Tesla Turbine, Shadowgraph, Radio, Neon Lamp, Hydroelectric Power, Induction Motor, Radio Controlled Boat. In total he held over 300 patents. Thomas Alva Edison (February 11, 1847 – October 18, 1931) was an American inventor and businessman. He developed many devices in fields such as electric power generation, mass communication, sound recording, and motion pictures. These inventions, which include the phonograph, the motion picture camera, and early versions of the electric light bulb, have had a widespread impact on the modern industrialized world. He was one of the first inventors to apply the principles of organized science and teamwork to the process of invention, working with many researchers and employees. He established the first industrial research laboratory. With 1,093 US patents in his name, as well as patents in other countries. Nikola Tesla & Thomas Edison Tesla arrived in New York in 1884 and was hired as an engineer at Thomas Edison’s Manhattan headquarters. He worked there for a year, impressing Edison with his diligence and ingenuity. At one point Edison told Tesla he would pay $50,000 (Worth roughly 1.5 million today) for an improved design for his DC dynamos. After months of experimentation, Tesla presented a solution and asked for the money. Edison demurred, saying, “Tesla, you don’t understand our American humor.” Tesla quit soon after. Thank you to Voices of the Past for this epic collaboration. Please check out their channel https://www.youtube.com/c/VoicesofthePast Please consider supporting After Skool on Patreon https://www.patreon.com/AfterSkool Visit our site at https://www.afterskool.net/ Check out the new After Skool prints! https://after-skool.creator-spring.com/ Or send us an email at afterskool100@gmail.com